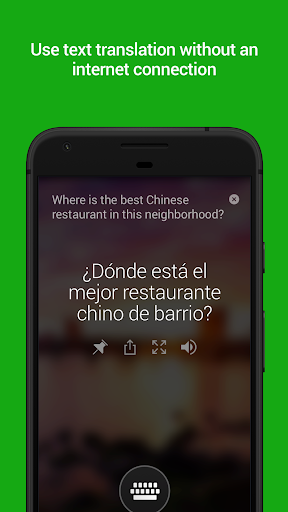 Microsoft Translator is a free, personal translation app for more than 70 languages, to translate text, voice, conversations, camera photos and screenshots. You can also download languages for offline translation for free to use when you travel.

Microsoft Translator is powered by cutting-edge technology used by Office, Bing, Skype, and Edge as well as by partners such as Adobe, LinkedIn and more.

*Some features are not available in all languages.
Bug fixes and general improvements.